Home (Back to the top)

Ready to take your event to the next level?

When many Fortune 500 companies want comedy, they turn to Frank. They know that in addition to being outrageously funny, the interactive nature of his shows brings teams together and helps unite co-workers through laughter.

His show combines clean national-headliner comedy, with skills that are second to none: award winning juggling, magic, unicycling, prop comedy, and more.

With over 20 years in the entertainment business, and thousands of shows under his belt, Frank Oliver is the perfect "funny business" accompaniment to your next event. Frank can add another dimension to any event as he has done everything from headline comedy to trade shows to emceeing. You can even get your employees pumped up by having Frank as a guest at your next company meeting. Do you need a speaker? Frank can be a "spoof" expert on just about any topic.

Frank has been a part of many meetings at Fortune 500 companies, bringing comedy and entertainment into the mix of business. The New York Times says that Frank is "Wickedly funny" and the SF Chronicle calls Frank "One very funny guy."

The interactive nature of his shows brings your team together and makes for part of a great team building activity. Having Frank's comedic presence can help to bring your coworkers together.

Your guests will be placed center stage- literally! Frank's shows combine national-headliner comedy with skills that are unmatched. Frank will have you on the edge of your seat with his juggling acts, magic, unicycling, prop comedy, Close-up magic, fire eating, knife throwing, telepathy, stilt walking, sword swallowing, body magic, illusion design and so much more!

Called "America's funniest comedian juggler," Frank was featured as a contestant on "America's Got Talent." After being joined onstage by celebrities like Bill Murray, Kid Rock, and Sandra Day O'Connor, Frank has proven to be one of comedy's top performers who is well respected in the industry.

Book comedian Frank Oliver for your next event today! Your guests will be extremely happy that you did!

Video/Photo (Back to the top) 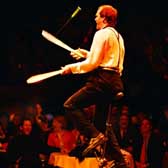 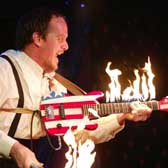 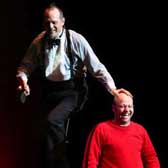 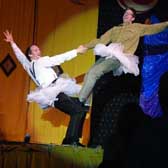 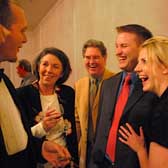 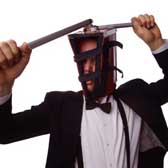 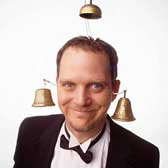 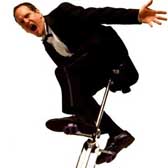 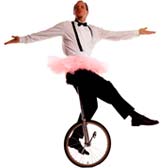 Parties (Back to the top) 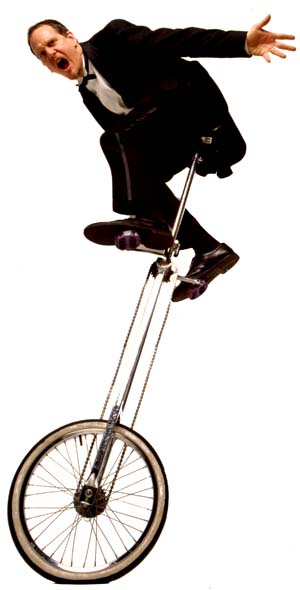 Invite your friends. Show up. We do the rest.

Because this is not the time to be missing chances to celebrate!

We talk for a few minutes and decide the elements you’d like included:

Let us take care of:

With over 20 years in the business and helping make literally thousands of parties memorable, Frank's venture into virtual and "Zoom" brings all his real-world experience online!

About Frank (Back to the top) 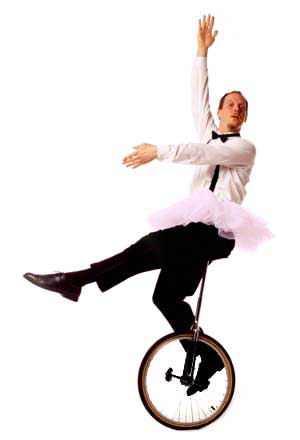 Frank Olivier developed his unique off-beat brand of humor in San Francisco starting off on the streets entertaining tourists, and quickly moving into the Bay Area's numerous comedy clubs. He was soon sharing the bill with Dana Carvey, Robin Williams, Whoopi Goldberg, and others.

While on his first trip to New York, planned as a vacation, theatre producers spotted his talents, and quickly signed him. He performed his act for the next three years in the Broadway touring hit show 'Sugar Babies' (a variety and burlesque musical, starring Mickey Rooney and Ann Miller).

Frank is also well known for his grace in handling volunteers onstage, and has brought up such luminaries as Henry Kissinger, Bill Murray, Sandra Day O'Connor, Kid Rock, Clarence Thomas, Jim Belushi, George Shultz, and hundreds of CEOs. He'll handle your people with the same ease and humor, and have everyone cheering. Cheering not only for Frank but your company's new "stars".

Bravo (Back to the top) 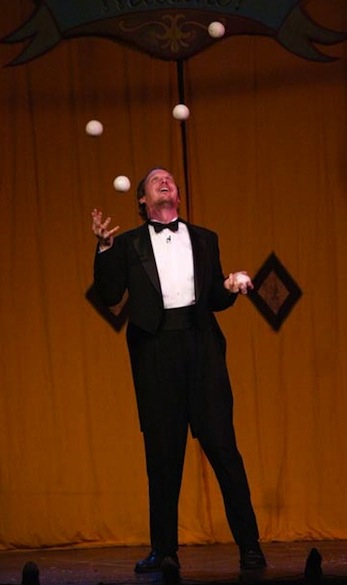 "Wickedly funny! The program's only problem was that it should have run the rest of the summer! Astonishing juggling and unicycling feats… a sharp-witted ingenuous buffoon!"

"When Frank Olivier is juggling, no one can touch him, not just for his mind-bending skill, but for his perfectly honed awkward-guy appeal which gets audiences roaring. It's a delightfully wild ride."

"Comedy at its absolute best! Olivier is an energetic, multi-talented, masterful comedy performer who can do it all…The funniest show I've ever seen. It's unbelievable!"

"Certainly the funniest juggler you've ever seen! The rightful heir to the comic tradition of vaudeville. A showstopper!"

"The fans roared with glee responding to his every move… his timing whether verbal or juggling is exquisite… He's wonderful!"

"About the most entertaining 40 minutes you will ever see - and still not believe. Frank Olivier is a juggler the way Laurence Olivier was an actor, for he's also a comedian, unicyclist, and altogether astonishing performer. Even if you hate magic, and especially if you hate juggler, you must see Olivier. The man is clearly and wonderfully crazy. An endlessly inventive performer who is blessed not only with astonishing physical dexterity, but better still, with the inner magic of personality, wit and charm."

"Your off the wall antics make for memories that last a lifetime. When you stole Justice Clarence Thomas' watch the entire crowd was in hysterics. And nobody there will ever forget you balancing Harlan Crow's Stradivarius on your chin. I know of no other artist who has left his mark so indelibly on my mind. You're absolutely wonderful, creative and off the wall"

"Certainly the funniest juggler you've ever seen, and I don't care how enamored you are of the Flying Karamazov Brothers. He's the rightful heir to the comic tradition of vaudeville. A showstopper!"

"Unhinged effervescence. This is a man of enormous talent. He turns juggling into the best stand-up comedy around. It's good time theater, and no one seems to be having a better time than Olivier himself. And he juggles so many objects you'll think gravity has given him a special dispensation."

"You, my friend, are a national treasure! You really made the event a pure delight! It takes a deft diplomat to poke fun at my old pal the Vice President of the United States in his presence, and you rose to the occasion without flinching. And the jokes about the secret service were priceless; I saw one of them almost smile! You are a joy, and a consummate performer."

"Olivier, like a slightly bent variety arts chef, cooks up a blend of entertainments into a wildly funny show. It's one of those shows that works so perfectly wonderfully you're surprised no one had come up with it before."

"IBM has an in-house rating system for all their events, and the Florida circus theme event, with Frank Olivier, was one of the very few shows ever to rate a perfect 10."

"Comedic genius throws another Frank on the grill. Olivier gives audiences a hilarious look at the inner workings of his mind. If you know comedy, you'll recognize him from his appearances on The Tonight Show. Let Olivier convert you!"

Magic (Back to the top) 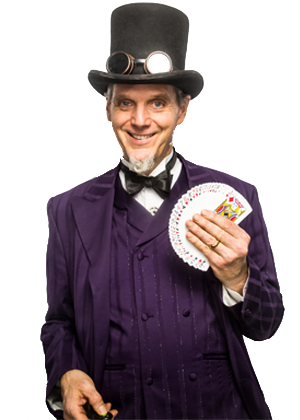 In addition to his national-headliner comedy, Frank is an award winning close-up magician with many original eye-popping magic you won't see anywhere else. His walk around magic is fun and engaging, customized to fit each audience and venue. Olivier has performed for many of the top tech companies including Apple, Wells Fargo, HP, Chevron, Franklin Templeton, Morgan Stanley, Prudential, Gap Inc., Allstate, Sony, Adobe, and hundreds more!

A five star rating on Yelp. Over 1000 endorsements on LinkedIn, Frank has appeared on "The Tonight Show", “Ellen”, “America's Got Talent”, “Last Comic Standing” and played New York's Lincoln Center, as well as shows for president's and royalty. Three standing ovations at Montreal's “Just for Laughs” Festivals led to countless shows around the world.

"An endlessly inventive performer who is blessed not only with astonishing physical dexterity, but better still, with the inner magic of personality, wit and charm." - San Francisco Chronicle